CONNECTIVES: AND AND OR - NDL institute
Tulisan Terkini
Loading...

Home Paper Pendidikan CONNECTIVES: AND AND OR

CONNECTIVES: AND AND OR 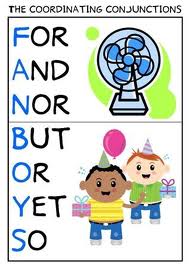 A.      INTRODUCTION
In communication of human being there are lot of utterances are uttered. Utterances do not flow spontaneously but construct in human mind first. In this process some propositions construct in simple and complex form. Simple proposition is single proposition while complex proposition is proposition that consist of single proposition combination.
Combining simple proposition into complex proposition can be done by using connective. Connective functioned as connection between two simple propositions that has truth value. By combining two simple propositions into single proposition make the proposition shorter than before combining them.
B.       DISCUSSION
1.         Logical Connective
1.1    Logic
The simplest definition of logic can be found in most of the dictionaries around the world. One of the dictionary-based definitions of logic according to Cambridge Dictionaryis “a particular way of thinking, especially one which is reasonable and based on good judgment”. This definition, since it is based on the dictionary, will not satisfy us to understand the logic especially when we discuss the term logic in semantics point of view. Therefore, we need to find more comprehend definition of what logic is. According to Hurford, Heasley, and Smith (2007, p. 150) logic deals with meanings in a language system, not with actual behavior. Furthermore, Hurford et al. (2007, p. 143) argues that logicgives rules for calculation which can be applied to get a rational being from goals and assumptions to action.

1.2    Connective
In English there are some words are used to connect or combine propositions. Those words are called connectives, is that word and and or. Hurford et al. (2007, p. 165) argue that “connectives provide a way of joining simple propositions to form complex proposition.” Complex proposition consist of ideas as the result of joining simple propositions. In other word logical connective is a symbol or word used to connect two or more sentences (of either a formal or a natural language) in a grammatically valid way, such that the sense of the compound sentence produced depends only on the original sentences.
In terms of propositional logic, “connectives use to express the combination of propositions” (Frawley, 1992, p. 26). Logical connectives are symbolized by V ('or'),- ('not'), &  ('and'),~ ('if, then'). Those symbols are used in propositional notation that express complex proposition. Exactly connectives such as and, or, and but do not have clear lexical meaning. These kinds of words are called function words because they specify grammatical relations and have little or no semantic content (Fromkin, Rodman, & Hyams, 2014, p. 35).
Various English words and word pairs express logical connectives, and some of them are synonymous. Examples (with the name of the relationship in parentheses) are:
·      "and" (conjunction)
·      "or" (disjunction)
·      "either...or" (exclusive disjunction)
·      "implies" (implication)
·      "if...then" (implication)
·      "if and only if" (equivalence)
·      "only if" (implication)
·      "just in case" (equivalence)
·      "but" (conjunction)
·      "however" (conjunction)
·      "not both" (NAND)
"neither...nor" (NOR)
1.3    Conjunction
Conjunction is one of the items in grammar, a body rules specifying how meaning are created in English. Conjunction is a word that links words, phrases, and clauses. It can be said that conjunctions were “linking“ or “joining“ words which joined together various things. According to Leech & Svartvik in Leung (2005, p. 4) “conjunctions  play  an  important  role  in  discourse  as  they  are  used  as  coordination  to conjoin “different grammatical units: clauses, clause elements, words”. Moreover, Leech & Svartvik in Leung (2005, p. 4) “conjunctions are the most common way of coordination and the most frequently used  and  central  conjunctions  are and, or, and but.” The function of conjunctions are to link parts of clauses (clause elements): noun phrases, verb phrases, complements, and adverbial.

2.         Logical Connective and
Connective and symbolized with & in notation proposition. It is called conjunction.
a.    Function of Connective and
In Hurford et al. (2007, p. 65) stated that “Any number of individual well formed formulae can be placed in a sequence with the symbol & between each adjacent pair in the sequence and the result is The result is a complex well formed formula.
Here are the examples:
Those are simple proposition and can be combined with conjunction as below:
r FAT & d THIN
for more than two propositions can be formed as below:

From the example above can be formed the formula or the rule of commutativity conjunction as follow:
p and q are variable ranging over propositions, that is, p and q stand for any propositions one may think of.
In this rule premiss and conclusion can be completely change whereas (q & p) as premiss and (p & q) as conclusion. The diagram can be seen as below:

This complete interchangeability of premiss and conclusion amounts to their logical equivalence. The relationship between formulae and propositions can be seen in a way somewhat parallel to the relationship between names and their referents. We shall say that equivalent formulae actually stand for the same proposition, just as diﬀerent (though equivalent) names stand for the same individual (Hurford et al., 2007, p. 167)

3.         Logical Connective or
Connective or is symbolized with V (Latin: vel meaning or). This is called disjunction.
a.    Function of Connective or
Logical connective V corresponding to English or is functioned to join the simple proposition into complex propositions with the rule “any number of well formed formulae can be placed in a sequence with the symbol V between each adjacent pair in the sequence: the result is a complex well formed formula.” (Hurford et al., 2007, p. 169)
Here are the examples:

p and q are variable ranging over propositions, that is, p and q stand for any propositions one may think of.
In this rule premiss and conclusion can be completely change whereas (q V p) as premiss and (p V q) as conclusion. The diagram can be seen as below:

The table above explains about truth table for & where p and q are variables standing for any propositions. The rows in the left-hand column list all possible combinations of the values T (for true) and F (for false) that can be assigned to a pair of propositions. The corresponding values in the right-hand column are the values of the formula p & q for those combinations of values.(Hurford et al., 2007, p. 173)
From the table can be concluded that the value p & q of will be False if one of the value that is p and q is False. If both of them are True so the value of p & q will be True and if both of them are False so the value of p & q are False.
b.   Truth Table for “V”

Base on the explanation above can be elaborate how truth values of complex proposition are formed as given example below:


Leung, C. (2005). A comparison of the use of major English conjunctions by American and Hong Kong university students (Using the HKUST corpus, HKBU corpus and the ICLE corpus of American English). (Bachelor), Lunds Universitet.