TENSION AND ITS FUNCTION IN THE IN HERITANCE OF LOSS - NDL institute
Tulisan Terkini
Loading...

TENSION AND ITS FUNCTION IN THE IN HERITANCE OF LOSS 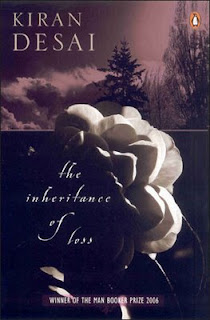 New criticism is literature critic that focused on text itself without paying attention to the outside of work such as author’s background of life, experience, background of family and anything about author. This critic just pays attention to what in the work and interpret by understanding the text itself. In new criticism, the complexity in the text is created by multiple conflicting meanings woven through it as product of four linguistic devices; paradox, ambiguity, irony and tension (Tyson, 2006:138).
Furthermore, Tyson (2006:140) explain tension is the linking together of opposites and it is created by the integration of the abstract and concrete, of general ideas embodied in specific images. While Wimsatt and Beardsley argue “the words on the page were all that mattered; importation of meanings from outside the text was considered irrelevant, and potentially distracting”. Wimsatt and Beardsley also discounted the reader's  personal/emotional reaction to a literary work as a valid  means of analyzing a text.
One of the main tensions underlying the novel is that between the comfortable privacy this little family carved in their cozy home up in the Himalayas and the encroachment of politics and unrest which threaten to break their idyllic Indian middle class lives. Here, Sai and her aunties would rather discourse on the matter of highbrow literary taste than be buried in the mundane reality of worsening crisis, poverty and political upheavals stirring around them. Of course, while asserting aversion to “Orientalist” depictions of their homeland, the West still represented the ideal they aspired for.
The next tension can be shown in the story is situational irony happen to the characters. Biju as the young man who expect change his life to be better by migrating to America. He believes that in America he can get job and getting much money. But is not appropriate with his expectation when he still in India. Getting a good job is difficult in America and finally he fails and come back to India.
The function of tension in The Inheritance of Loss is to depict real story in the text without compare with other factor outside of the work. Therefore, what showed in the work about the setting and what happen in India at that time is not related to what happen in reality. That is pure happen in the text only without influenced by the author’s background as Indian people. That is the way to look the literary work originally through text itself.