UPPER AND LOWER CLASS IN EMILY DICKINSON’S BECAUSE I COULD NOT STOP FOR DEATH, APPOINMENT IN SAMARRA AS RETOLD BY WILLIAM SOMMERSET MAUGHM, AND JOHN DONNES’S DEATH, BE NOT PROUD: A MARXIST CRITICS - NDL institute
Tulisan Terkini
Loading...

Home Literasi UPPER AND LOWER CLASS IN EMILY DICKINSON’S BECAUSE I COULD NOT STOP FOR DEATH, APPOINMENT IN SAMARRA AS RETOLD BY WILLIAM SOMMERSET MAUGHM, AND JOHN DONNES’S DEATH, BE NOT PROUD: A MARXIST CRITICS

UPPER AND LOWER CLASS IN EMILY DICKINSON’S BECAUSE I COULD NOT STOP FOR DEATH, APPOINMENT IN SAMARRA AS RETOLD BY WILLIAM SOMMERSET MAUGHM, AND JOHN DONNES’S DEATH, BE NOT PROUD: A MARXIST CRITICS

Agus Khairi    11:42:00 AM    Literasi
UPPER AND LOWER CLASS IN EMILY DICKINSON’S BECAUSE I COULD NOT STOP FOR DEATH, APPOINMENT IN SAMARRA AS RETOLD BY WILLIAM SOMMERSET MAUGHM, AND JOHN DONNES’S DEATH, BE NOT PROUD:
A MARXIST CRITICS 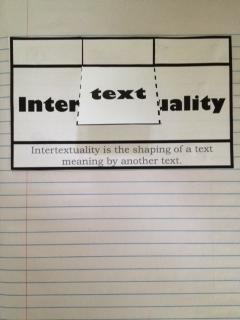 I.       INTRODUCTION
The term class in society or community is group of people that have different with other class. It is used to classify a group of people in society based on certain criteria. Wright (2003) argue “Classes are social categories sharing subjectively-salient  attributes  used  by  people  to  rank  those  categories  within  a  system  of economic  stratification”. It means that classes are divided into stratification based on economic components because Furthermore, according to Marxism, class society is divided based on the socioeconomic, where there are “haves” class and “haves-not” class, bourgeoisie and proletarian. In Marxism point of view, people are divided into social class based on socioeconomic more significant that divided based on gender, ethnicity, religion or race (Tyson, 2006, p. 54). That is why commonly classification of people in society is upper class and lower class.
In socioeconomic view, capital have important role in society and can be used as standard to divide people in social class. Class who have capital become upper class and those who do not have capital become lower class. In relationship between these classes, there is unfair relationship which is upper class get profit from lower class in economic production. For instance; the relationship between capitalist, the class who have factory, and their worker. Marxism claim this relationship is oppressing the worker because capitalist get high profit and the worker just get little many from the capitalist. As stated by Tyson (2006, p. 55), “members  of  the  underclass  and  the  lower  class  are  economically oppressed: they suffer the ills of economic privation, are hardest hit by economic recessions, and have limited means of improving their lot”. That is Marxist point of view about classes in this capitalist era, where capitalist as upper class has power to role all of the aspect of life.
Oppressing by upper class toward lower class is not only in economic field as physical material in society but also oppressing through mind, which is called hegemony. Hegemony is used to influence the lower class in order to keep upper class’s domination toward the lower class as subordination in their view. This term hegemony is mentioned by Antonio  Gramsci and explained by Williams “related the ‘whole social process’ to structures  of  power  and  inﬂuence  and  thus  to  patterns  of  domination,  subordination and opposition (Selden, Widdowson, & Brooker, p. 100). In Marxist perspective, upper class keep trying to maintain their domination by structuring power in all aspect of life, e.g. through political movement, often becomes ruling class in government. Those economic power and hegemony show us that how upper class rule toward lower class.
Those Marxist perspectives in socioeconomic can applied in literary work as a critic. Because Marxism believe that literary work is influenced by the environment or situation where the literary work created. As stated in Tyson (2006, p. 66) “it is a product of the socioeconomic and hence ideological conditions of the time and place in which it was written, whether or not the author intended it so.” A literary work can not be separated from the time and place it created, because those will influence the author point of view and thought about reality in his/her surrounding. That is why Marxism proposed as one of literary criticism as ideological movement from Marxist.
There are some questions Marxist critics ask about literary work based on the ideology developed. Through the theory of Marxist critics this paper will discuss about upper and lower class in three literary works, John Donnes’s Death, Be Not Proud, Emily Dickinson’s Because I Could Not Stop For Death, and Appointment in Samarra as Retold By William Sommerset. Those three literary works are considered have same theme, that is talking about death. In today’s critics, it may be happen when literary work has same theme or may be inspired by previous work where previous work called hypotext and the recent work called hypertext in term of intertextuality (Allen, 2000). That is why this paper tries to reveal upper and lower class in those three literary work as considered that Death, be not proud as hypotext of newer work, Because I Could Not Stop For Death, and Appointment in Samarra even in different form, by applying Marxist critics.

II.      DISCUSSION
As Marxism critics about upper and lower class in socioeconomic field, in this discussion try to analyze the upper and the lower class of the character in each of three literary works. The first will be analyzed John Donnes’s Death, Be Not Proud as a hypo text of next two works; Emily Deckinson’s Because I Could Not Stop For Death and Appointment in Samarra as Retold By William Sommerset, and will be continued by analyzing those two works as hypertext.

b.   Emily Deckinson’s Because I Could Not Stop For Death
In this poem, there are two characters are depicted, they are I and Death. To know the class of each character, can be seen in the first line of the poem.
“Because I could not stop for Death”
The character “I” said that She can not stop for her death because the Death is more powerful than her. Because the Death has more power and can be said that He is upper class and the character “I” is lower class. He dominated her by his power so that “I” can not stop for his coming. She is under domination of death and must receive his coming without trying to against him.
c.    Appoinment In Samarra as Retold By William Sommerset Maughm
This work in form of short story that consist of three characters in it. They are The Merchant, Servant, and Death is depicted as Woman. The analysis focus on The Servant and The Death, which one is upper and lower class in the story.
From the story known that The Servant try to avoid the Death he met in the market. It is shown us that The Death has more power that the servant has, so that the servant afraid of her when the servant see the woman in the market. The servant avoid the death by moving to the other city show that the domination of the death in that place can not be against by the servant. So, it can be concluded that the death is upper class and the servant is lower class in this story.