Analyzing Waiting for Godot as A Theater of the Absurd - NDL institute
Tulisan Terkini
Loading...

Analyzing Waiting for Godot as A Theater of the Absurd

Agus Khairi    12:42:00 AM    Literasi
Analyzing Waiting for Godot as A Theater of the Absurd
By
Agus Khairi 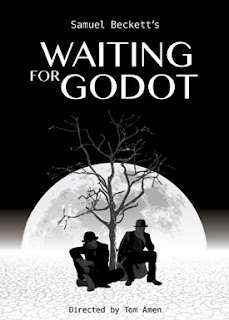 Binary Opposition in Waiting for Godot
Binary opposition can be found in many literary work that show the reader such condition in contrary. The condition is extremely different between one and other. It means that an element in the story or literary work has its own opposition. According to structuralism, the human mind perceives difference most readily in terms of opposites, which structuralists call binary oppositions: two ideas, directly opposed, each of which we understand by means of its opposition to the other. For instance; white and black, dull and smart, big and small, etc. (Tyson, 2006. p.213).
In Waiting for Godot, binary opposition theory can be applied in order to the reader know about what in opposite in the story. Below will be proposed some dialogues from Waiting for Godot as a theater of the absurd that claimed contain binary opposition. Those can be happen between the characters in the play. Some binary opposition will be discussed in the following paragraph.
First binary opposition is about the philosophical manner and mundane manner. The opposition between Vladimir and Estragon’s actions, ways of thinking, feelings, appearance and even their levels of intelligence has created this extraordinarily magnificent appeal to the readers’ soul and mind. From the beginning of the play we can feel the philosophical manner of Vladimir’s thinking, while Estragon is mostly obsessed with mundane matters. In other words estragon does not contemplate profoundly about different matters as in:
Vladimir: One out of four. Of the other three, two don't mention any thieves at all and the third says that both of them abused him.
Estragon: Who?
Vladimir: What?
Estragon: What's all this about? Abused who?
Vladimir: The Saviour.
Estragon:    Why?
Vladimir: Because he wouldn't save them.
Estragon: From hell?
Vladimir: Imbecile! From death.
Estragon: I thought you said hell.
Vladimir: From death, from d ( pp. 5-6)
Second binary opposition is about care and careless that appears in Character Estragon and Vladimir and Pozzo. Although Estragon and Vladimir are careless of the notion of time, but pozzo is very care about it. More accurately, they do not even find the spending of the time something worthy, passing the time is what they like, but pozzo keeps track of the time alertly:
Stop! (Lucky stops.) Yes, the road seems long when one journeys all alone for . . . (he consults his watch) . . . yes . . .
(he calculates) . . . yes, six hours, that's right, six hours on end. (p. 17)
Third binary opposition is that polite and unpolite talk between Estragon and Pozzo. This happen in dialogue between Estragon and Pozzo where Estragon speak polite by calling  “Mr.” to Pozzo but then contrary Pozzo speak unpolite, speaks as usual to Estragon.
Estragon: Mister . . . excuses me, Mister . . .
Pozzo: You're being spoken to, pig! Reply! (To Estragon) Try him again.
Estragon: Excuse me, Mister, the bones; you won't wanting the bones?
Lucky looks long at Estragon
Pozzo: (In raptures). Mister! (Lucky bows his head.) Reply! Do you want them or don't you? (Silence of Lucky. To Estragon.) (p. 20)
The last binary opposition is that when they are so depressed with their monotonous life that they want to hang themselves, but it manifests their appearances which are the antithesis of one another.
Estragon: Let's hang ourselves immediately!
Vladimir: From a bough? (They go towards the tree.) I wouldn't trust it.
Estragon: We can always try.
Vladimir: Go ahead.
Estragon: After you.
Vladimir: No no, you first.
Estragon: Why me?
Vladimir: You're lighter than I am. (p.10)